The rise of virtualization to enhance the media world

In this era of incrementing digitalization, the virtual environments which simplify the efficient distribution, management, processing, storage, and transmission of data have increasingly demanding roles to play in meeting the exponential growth in data usage.

In the media world, the rise of nonlinear content over linear “classical” broadcast is opening new ways of addressing the market with tailor-made experiences and the massive multiplication of content for the viewers. This exponential growth leads to more powerful servers, more storage, streaming platforms, and bandwidth needs but also complex IT infrastructure to manage all the data to secure the viewers experiences, give clear analytics to the content providers and producers and allow content monetization.

Pioneer of the digital media world, Broadcasting Center Europe (BCE) has always supported its customers in their evolutions by demystifying the complexity of new infrastructures with the supply and development of innovative solutions.

During the first ten years of the new Millennium, BCE was one of the first companies to completely drop the tape but also developed numerous solutions which changed completely the way media evolved. At that time, Betacams and other tape systems were widely used, distributed, exchanged between the majors, the channels and all the production industry.

As a real game changer BCE created M2M, a secured file-based distribution system from multi-point senders to multi-point receivers. While this drastically reduced the distribution costs, it also transformed the companies’ workflows, accelerated the time to air and erased the undeniable pollution caused by the global transport of tapes.
Answering the market needs for IP-based workflows, BCE introduced in 2017 the first end-to-end IP media infrastructure: all the radio and television production facilities as well as playout centre operations were employing the latest IP-enabled equipment from well-known suppliers.

“Much more than a technology proof of concept, the evolution to IP was one of the major steps for our company to pave the way to the virtualization of media workflows. With office, production, playout and any media platforms running over standard IT platforms we were able to build new standards and simplify the creation of new media environments.” explains Swen Weisen, Engineering and System Integration Director at BCE.


Nowadays companies’ activities depend more and more on IT infrastructures, meaning the complex management of servers, networks, IT environments and applications. Even for ephemeral needs, such as concerts, conferences, sports venues or events, companies are obliged to invest in costly platforms as well as qualified manpower.
In addition to the CAPEX and OPEX increase, the media market is also obliged to evolve with technology and ensure the perfect transition from media workflows to IT while keeping the strict rules of the media world. This incrementing need for digital platforms can also have a negative impact on the environment if the provider is not following a carbon reduction strategy.

“In the IT world the interruption of services during a few minutes is perfectly bearable, which does not meet at all the level of availability for the broadcast world. A few seconds of playout interruption for a TV channel is critical.” underlines Thierry Jost, Continuity Manager at BCE.


To answer this rising IT demand, BCE media and IT experts teamed up to deliver a solid Infrastructure as a Service (IaaS) system, allowing the complete creation of IT infrastructures using the perfect mix between virtual servers, storage, and numerous applications. By creating multiple resources from a single computer or server, the teams used virtualization to improve scalability and workloads while resulting in the use of fewer overall servers, less energy consumption and less infrastructure costs and maintenance. 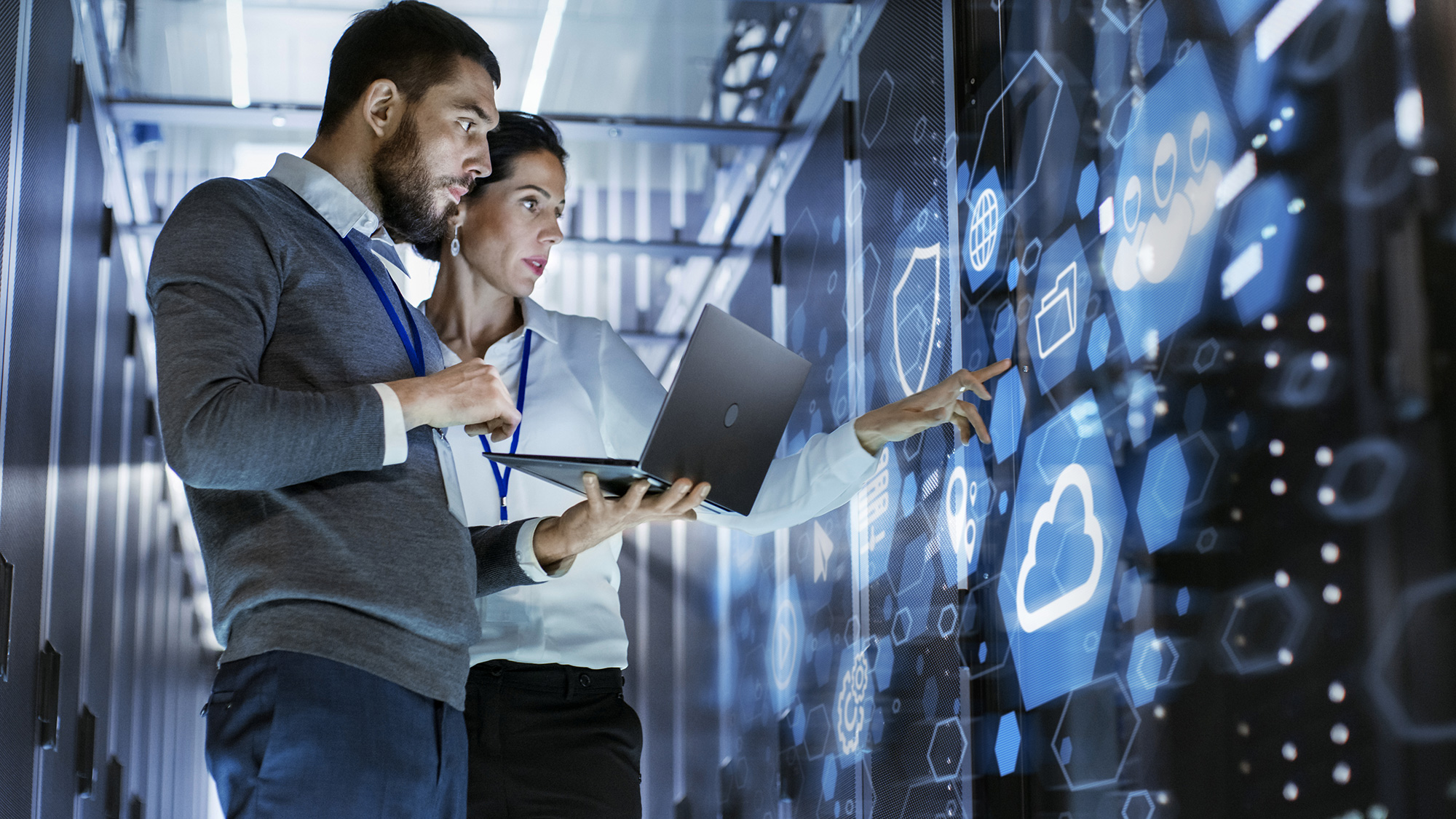 “Virtualization opens a complete new world for the media market, allowing the easy setup of infrastructures within minutes following a pay as you use strategy.” adds Jean-Alain Jachiet.


For instance, a company looking to store its media assets and manage those through a content management system, can select its type of servers, its Operating System (OS), its cloud storage and add extra services such as backup and content mirroring and start using its platform immediately. The same customer can also trigger ephemeral actions such as the configuration of a M2M instance to distribute content to its partners.

Mcloud stands for “Multiple cloud” providers, which means that BCE’s solution is not bounded by the environment created in its own two datacenters. As a matter of fact, the solution can perfectly interact with major big data providers such as Amazon, Google, and Azure to name but a few. Allowing BCE’s customers to juggle between the different providers and creating the infrastructure which match their needs the best, without being locked by one vendor too.


There is virtually no limit to the infrastructures created with BCE’s platform Mcloud, the IaaS is constantly evolving integrating new applications and services allowing customers to build their own infrastructure in a few clicks, erasing the investment in costly hardware or having to hire extra manpower.

In addition to the financial dimension, security plays a significant role in the virtualization of IT and media infrastructures. With the alarming evolution of cyber attacks in the world, it is paramount for companies to protect themselves against these threats. As stated by "IBM", in 2020, the average business cost of cyberattacks is $3.86 million and it takes over 200 days to detect the breach, while "Cybersecurity Ventures" underlines that cyberattacks projected to hit $6 trillion in annual loss in 2021, which has doubled since 2015.

Finding a trustful partner with whom your data is safe and ensuring your business continuity is essential for any business using IT platforms. Located in the centre of Europe, in Luxembourg, BCE follows the General Data Protection Regulation (GDPR) legal framework and is not using third-party storage sites for its own platforms in any other countries.

This allow BCE’s customers to be aware of their content location. In addition, for the customer selecting this option, the IT infrastructure is constantly monitored by a Security Operations Centre (SOC), IT experts analyze in real time, on a 24/7 basis, the logs of your selected elements with alert notification (email, SMS or call), threats dashboard reports, immediate incidents response, forensics and investigations, vulnerability scanning and remediation report.

In line with this type of activities, BCE particularly focuses on electricity consumption which is responsible for most of BCE’s carbon emissions. In this respect, BCE has invested in cold aisle technology for its datacenters; by containing the cold aisle, the warm and cold air streams are separated, creating a uniform, predictable airflow within the datacenters and ensuring optimal operating efficiencies. Furthermore, BCE’s datacenters are supplied since 2020 by a 100% renewable energy based on hydroelectric production. 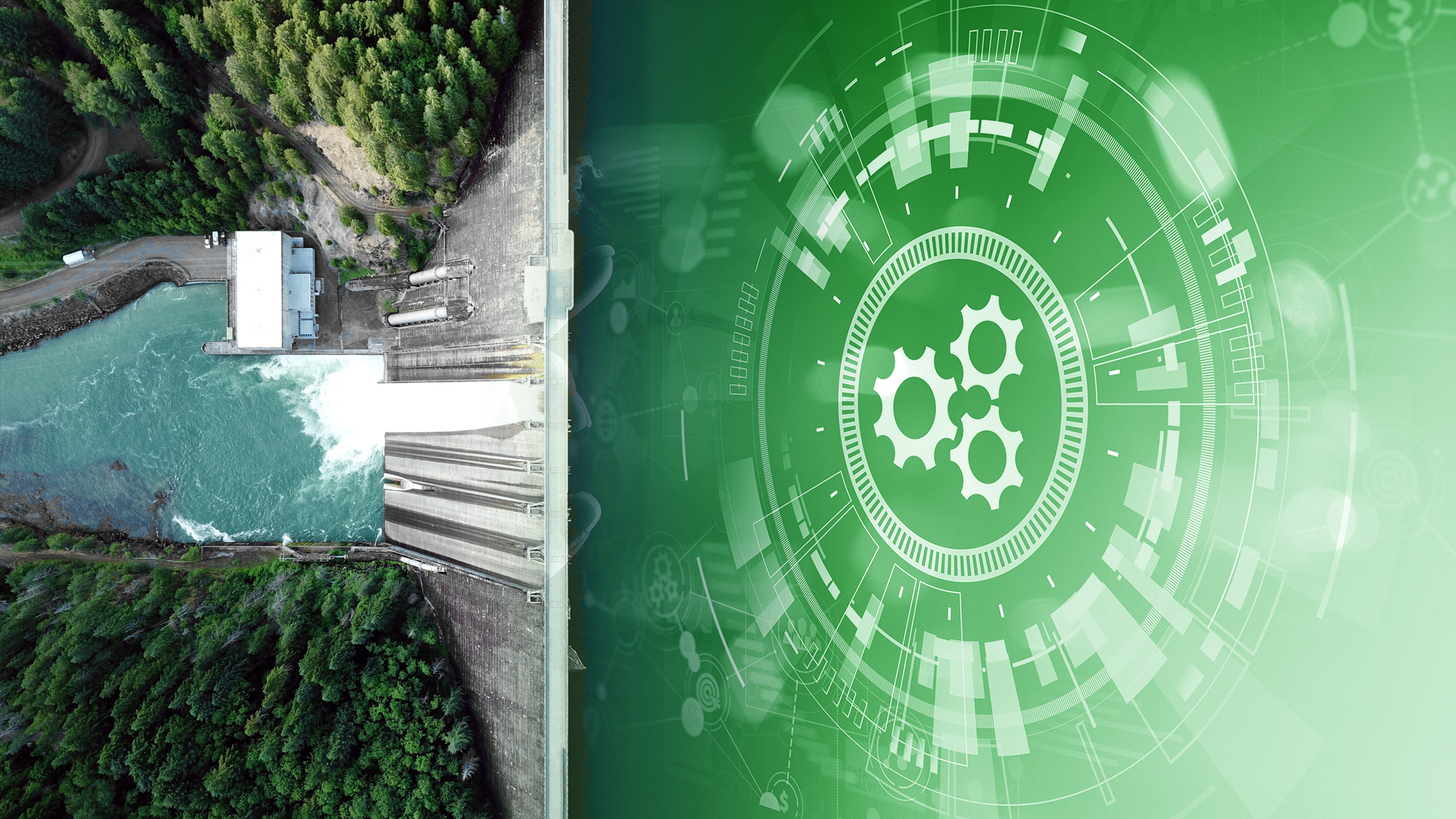 Virtualization and cloud-based systems are the next important step for the media world, more than an evolution it is a complete revolution of the technical ecosystem, allowing media companies to provide better and faster services, lower their investments in hardware, gain stability in their operations, secure their environments and therefore focus on content while enhancing the users’ experiences.