On Sunday 26 September, more than 60 million Germans elected the lower house of the federal parliament, the Bundestag.

For this major national event, RTL News and CBC as well as BCE (Broadcasting Center Europe) were in Berlin to ensure the live production and broadcasting for RTL Deutschland.

From 12 noon, RTL journalists’ Katja Burkard and Christopher Wittich reported live from Berlin in “Neustart für Deutschland – Der Wahltag” (New Start for Germany – The Election Day) and featured the general ambient from all over the country. At 5 pm, RTL journalists’ Pinar Atalay and Peter Kloeppel took over with the program “Neustart für Deutschland – Die Entscheidung” (New Start for Germany – The Decision), the two of them reported live from Berlin with projections, reports, interviews and background information on the federal election.

CBC covered the elections in HD (high definition) with 10 cameras on three different sets. The broadcasting was done via a dedicated line to their broadcast centre in Cologne (Germany) with a backup via satellite. BCE was on the “Unter den Linden” set with its HD outside broadcast van and a production team which completed CBC’s team. About six hours of programs were produced and broadcast featuring talk shows, interviews shifts and graphics plus a VIP talk starting at 8:15 pm the same day.

“The Bundestag Election is a major event in Germany, marking the end of Angela Merkel’s 16 years in office. We are proud to support RTL News and with our mobile production means, meeting the high-quality standards of the RTL Deutschland”. Concludes Xavier Thillen, Head of Production and Digital Media Operations at BCE. 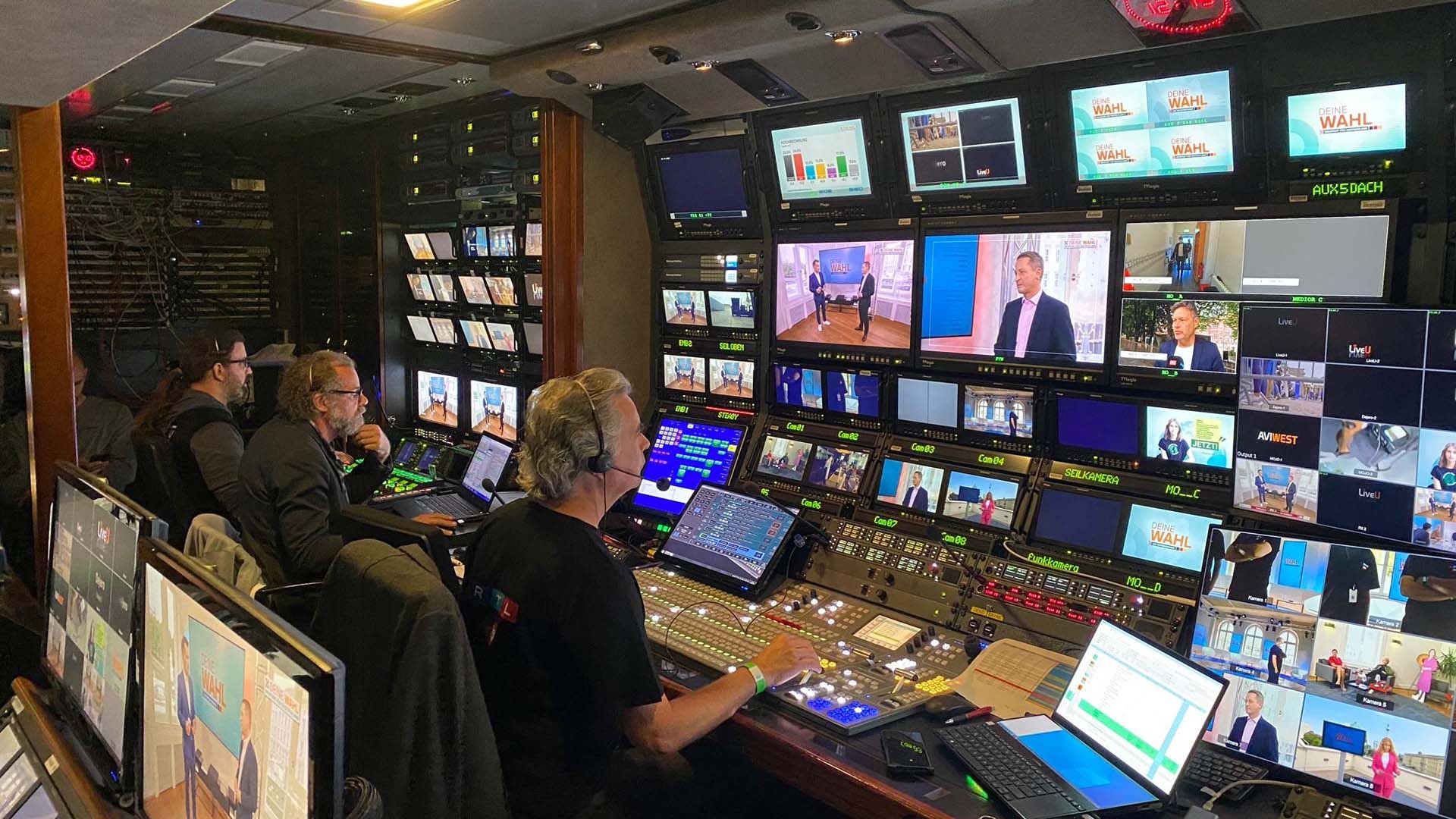